Local apple varieties are pressed to acidic apple juice. While one part is concentrated to apple syrup, the other part is fermented to cider and then to apple vinegar. We do not filter the vinegar after the natural vinegar fermentation. For the balanced, pleasantly mild aroma of our apple balsamic vinegar, we add the apple syrup in the end.

Traditional production with "mother of vinegar"

If you notice an opaque, jelly-like layer in an opened bottle of vinegar, it does not mean that it has gone bad. On the contrary, it is a feature of an unpasteurised, traditionally produced vinegar which is called "mother of vinegar". It consists of valuable acetic acid bacteria that convert alcohol to acetic acid, using oxygen. When a bottle of vinegar is opened, these bacteria might become active again and produce the abovementioned biofilm.

With our fine vinegars and mill-fresh oils, you can prepare a large variety of vinaigrettes. The basic recipe is very easy: 1 part vinegar for 3 parts oil, season to taste with salt and pepper. Our vinegars are also perfect for seasoning soups and sauces or for a hint of acidity in any dish. Tip: For a refreshing drink, add a squirt of our apple, morello cherry or black currant vinegar to mineral water. 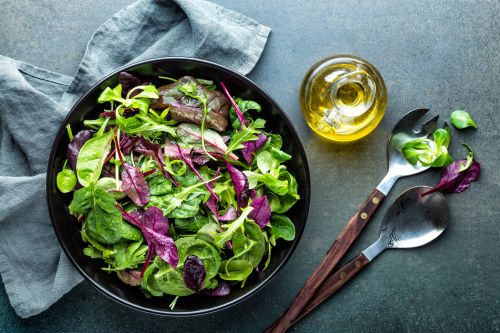 
Please enjoy our products as part of a diverse and balanced nutrition.

As a product of nature the composition of the oil can vary, the given specifications are therefore average values.

May contain traces of sulfur dioxide and sulfites.

Store in a cool and dark place.